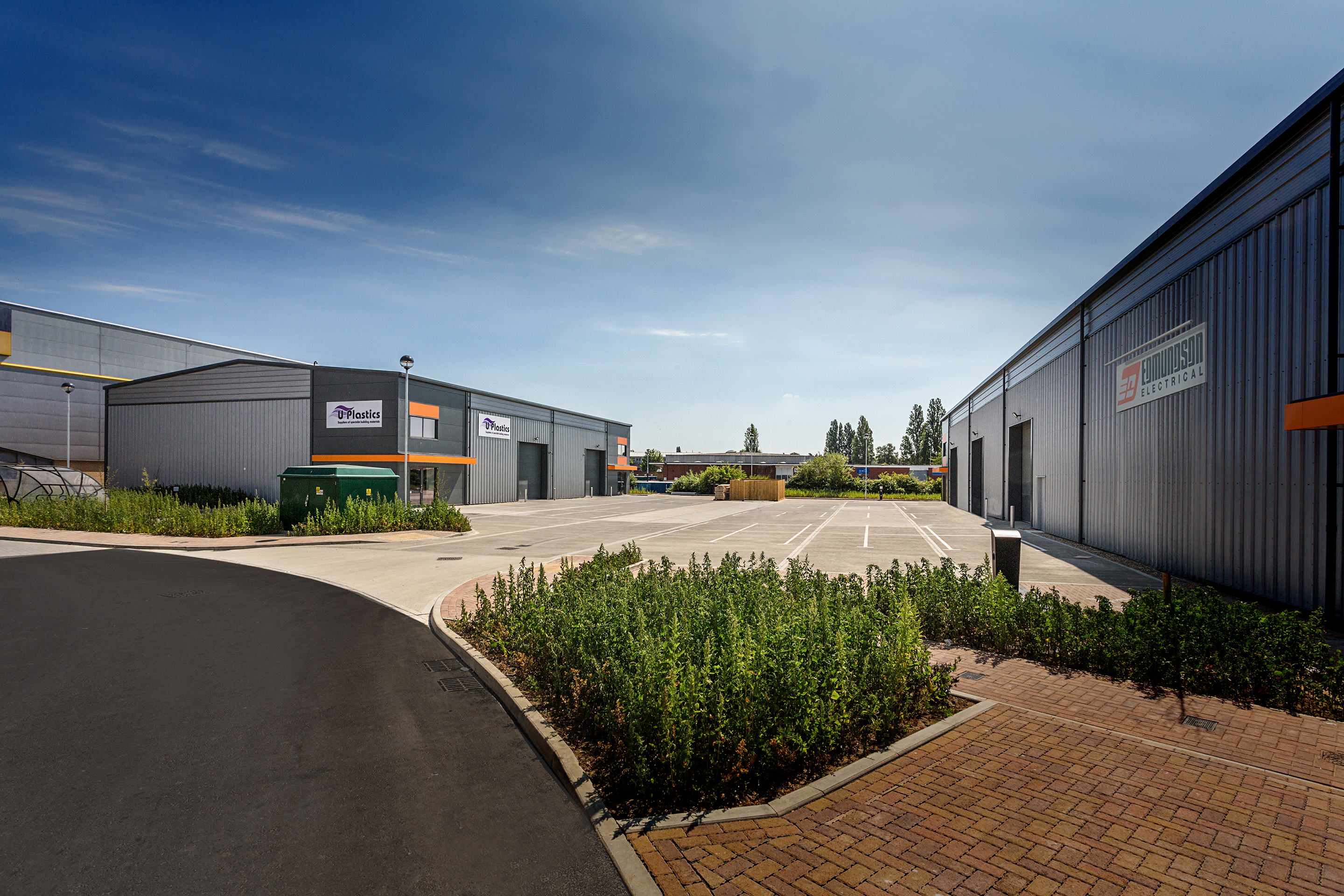 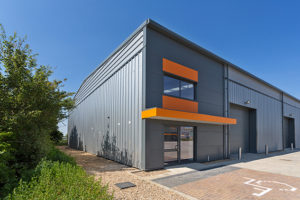 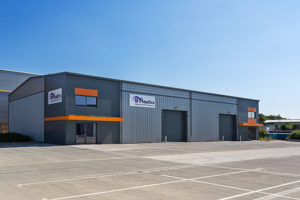 Purchased by Artisan (UK) Developments prior to the financial crash of 2008, the site, just 2.5 miles from Ipswich town centre on White House Road, is now fully operational following 10 years of uncertainty in the commercial property market.

“The impact of the economic crash was to stop any development for commercial property for some years” explains Michael Eyres, Artisan’s MD,

The first phase was completed late 2007 and included a “Self Storage” building with a footprint of 20,000sq.ft. comprising 4 mezzanines providing 80,000sq.ft. in total, this was design and built and sold to  Safestore in 2008. Another terrace of four industrial units  16,000sq.ft. provided industrial and trade counter premises for Euro Car Parts, Tool Station, Ipswich Transport Museum and Ridgeons. The site was a hive of activity… then suddenly the economic climate changed… plans for the remainder of the site were put on hold.

Michael continues, “It was in late 2015 following discussions with Chris Moody at Savills before we felt there was sufficient interest in the site from commercial occupiers to warrant Artisan to relaunch the site and we were quick to act when we could see there was real interest in a potential trade counter development and tabled a plan to develop the current scheme of trade counter units”.

Jon Bloom, Property Manager at Edmundson Electrical Ltd. commented, “I had been digging around for a new site in Ipswich and with the help of Savills came upon White House Road. We have 400 premises nationwide, this is one of our bigger units at 12000sq.ft.” He continues, “Artisan were great to work with, although there weren’t many, they were good with variations on the job. I would say the standout feature of the relationship was communications, David Railton was excellent, coming back with decisions on queries and requests very quickly, there was no long chain, just simple direct contact, it speeded the whole process up.”

U Plastics is another newcomer to the site, they are a specialist builders merchant providing roofline materials and James Hardie Fibre cement cladding products

Chris Harrold MD at Uplastics concurs with Jon, “We kept communication going throughout the project, dealing with Michael [Eyres – Artisan MD] meant decisions were made there and then. I have no complaints at all about Artisan they were really easy to deal with.”

So, what attracted U Plastics to this site? Chris continues, “We have noticed a change in buying, a lot more women are making decisions on building products with regard to colours and textures and so on, so we are making our units much more attractive to show off our products as best we can, a lot of merchants are stuck in the 70s and 80s with dusty, dirty warehouses. I didn’t want us to be like any other merchants, we have a 7metre curved trade counter made of Oak, funky metal panelling underneath, drop down lights and that kind of thing. We have a lifestyle centre being built in the back, a lot of working displays with reference to our products, examples of the James Hardie cladding and the colour range. Location was important and being just off the A14 with good links to the A12 means access is easy. We wanted a site that was more visible, a site that had other building brand names on it, car parking, easy access for customers and our especially suppliers, as we have a lot of big lorries delivering.”

With construction beginning late 2017 after securing all four occupiers, the project was completed mid-May 2018, a relatively short timeline for a development that was practically dormant for almost a decade.

Chris adds, “We moved in on the agreed date, very smooth handover. The quality of the build is fine – probably half a dozen snagging items, but they [Artisan] came back and put them right immediately, very quick to react. it’s a simple building – looks nice and went up well.

Michael concludes “We have a track record for speed of delivery, reliability and cost efficiency. Securing these businesses before building work began, meant that we could ensure each of them moved into the right unit for them with the right specification and cost.”

For information about other projects and sites Artisan have in the pipeline or to discuss your requirements for a purpose-built premises please contact Michael Eyres on 01480 436666.